ABOUT SMOKE ON THE MOUNTAIN 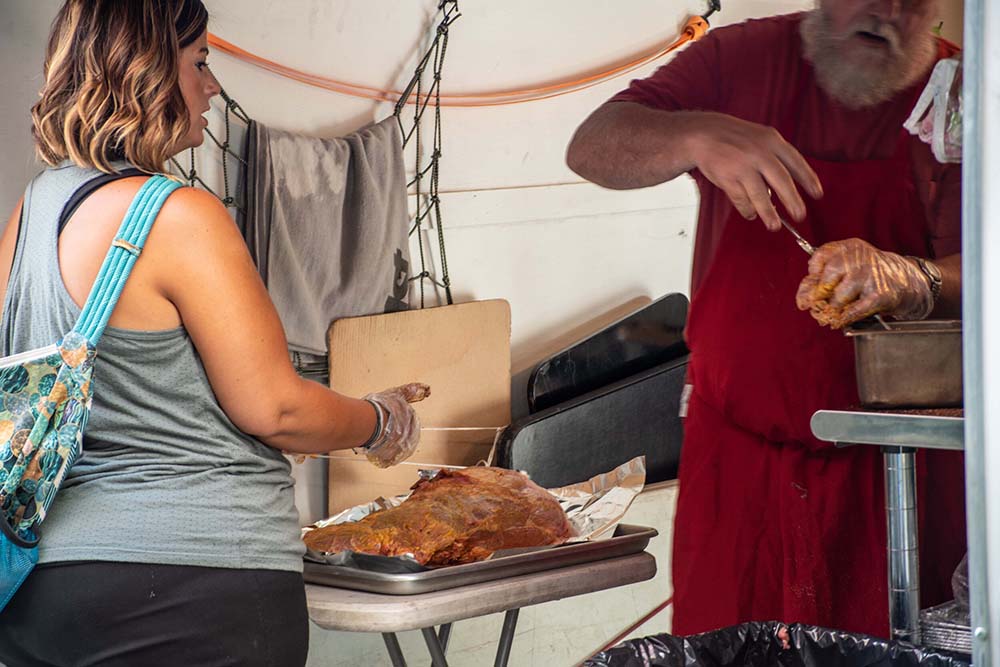 Imagine being part of the state barbecue championship in the beautiful mountain town of Galax, Virginia! Known worldwide as the Capital of Bluegrass Music and the famous Old Time Fiddler’s Convention – now’s your chance to spill a little barbecue sauce into this music-loving community.

Thousands of people go hog wild for a taste of authentic barbecue and a chance to see a professional cooking competition up close at Smoke on the Mountain each year in Galax, VA. This competition, held every third weekend in July, is Virginia’s official state barbecue championship.

The streets of downtown Galax are packed with people and the air is filled with fragrant clouds of hickory smoke and the tangy bite of vinegar with mustard, mingling with sweetness of tomato and the mouth-watering sizzle of slow cooked pork.

Smoke on the Mountain promises all that, plus live music, crafters, vendors, children’s activities and other attractions on several blocks of historic downtown Galax.

Galax is known for pleasing the ear as the world’s Capitol of Bluegrass and Old-time Music, and its natural beauty is a feast for the eyes. Each summer, the city adds the smells and tastes of barbecue to its symphony for the senses.

Teams from all over the country vie for the championship – and that’s more than just bragging rights. There’s a total purse of $10,000 and winning in Galax earns the champs a spot in the “The Memphis BBQ Network” World Championship Barbecue Cooking Contest.

Many of the top teams on the national barbecue circuit, which you may have seen on The Food Network or The Travel Channel, compete in Galax. Celebrity barbecue cook Myron Mixon is a frequent competitor, for example.

The teams compete in categories like whole hog, pork ribs, pork shoulder, sauce and the “Anything Butt” category for everything from beef to seafood. Local amateur BBQ-ers compete in the “Patio Porkers” division for a chance to enter the big leagues next year as professional teams.

Smoke on the Mountain features vendors selling BBQ and lots of other foods, along with a chance to try the competition-quality entries for free! Stick around after the judging ends on Saturday and visit the team booths to get free samples.

So, come to the cool mountains of Virginia this July for a hot time at Smoke on the Mountain, and experience true southern hospitality at its finest.